We realized that the San Diego County Fair was going on while we were in town, and the kids haven’t ever been to a fair, so we figured we’d take a day and do the fair thing. The weather was good for it, it was about 75 and overcast until early afternoon.

We toured the art exhibits a bit, and I found my favorite one… 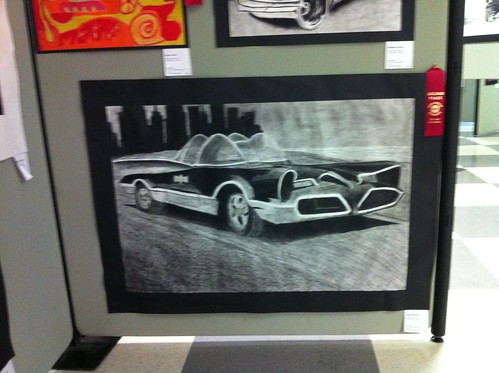 The kids saw one of those reverse bungee jump things, so we got them strapped into one and watched them bounce around a lot. 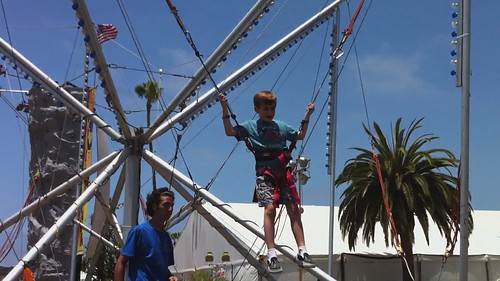 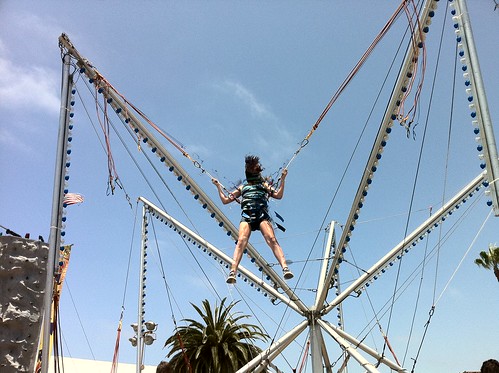 There was a rock wall nearby, so each kid took a stab at that, then they went and rode one of those giant plastic slide things. 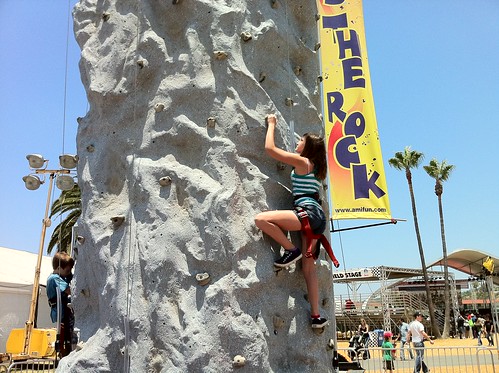 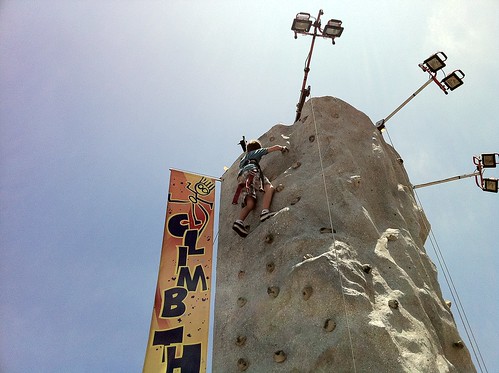 The kids and I rode a roller coaster, and I video’d our reactions as we rode it. That’s embedded in the video linked below. Then stumbled upon what is either a culinary miracle or abomination: a chocolate dipped pickle. Of course I had to have one. It wasn’t bad, believe it or not. It wasn’t good, either – not like chocolate covered bacon. The brine of the pickle totally overpowered the chocolate. 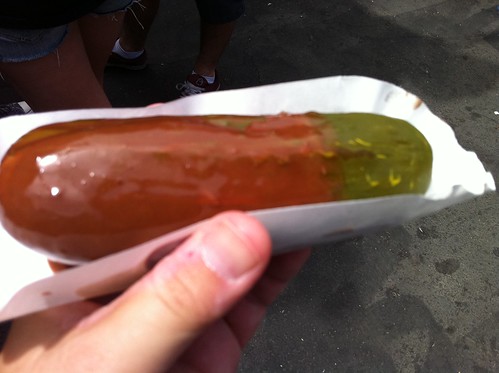 The theme of the fair was “Race to the Fair”, and as such there were quite a few car exhibits. There was a beautiful 57 Chevy that reminded me a lot of one my friend had in high school. Spent a lot of time under the hood of that car… 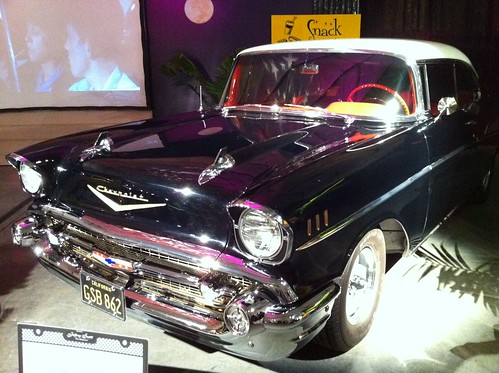 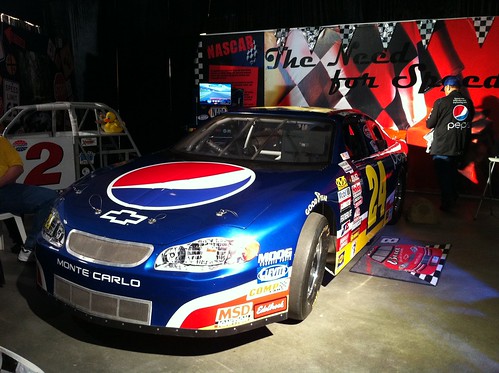 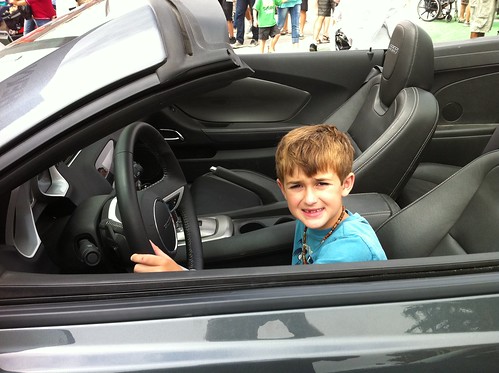 We finished off the day with dinner at In-N-Out, and then we played video games on the iPad with it hooked to the flat panel TV in the room. Another great day! 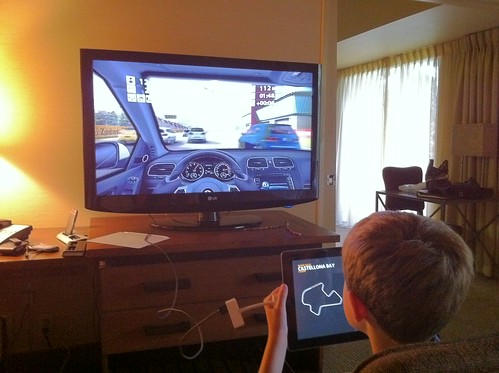