Miles driven: about 30 (yeah, big estimating on the mileage again)

After another awesome in-room breakfast cooked by wifey, we set out on the town again. Today’s plan was to hit the USS Midway museum, and then perhaps rent a boat and ride around San Diego harbor. The Midway, turns out, is pretty darn big. We didn’t have enough time to see it and rent the boat in one day, but I’m not complaining - the Midway was pretty damn cool in just about every respect. 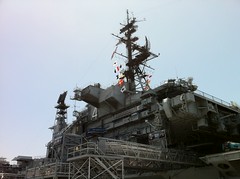 Conner found his way to the brig. No big surprise there… :) 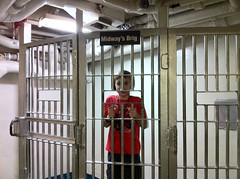 Midway was a steam-powered carrier, so there was a bunch of knobs, dials, switches, and all kinds of neat shiny brass things all about the ship. If you have a shiny thing fixation, try to avoid the tour - you’ll never wind up leaving the ship. 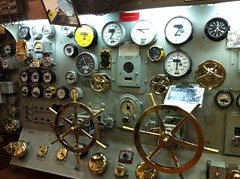 They had a bunch of airplanes on the hangar deck. Most of them seemed to be older propeller-driven fighters… 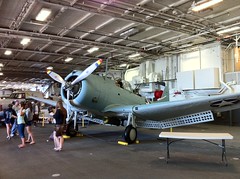 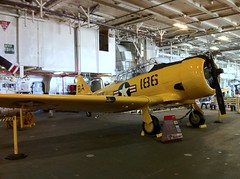 Conner insisted on test-driving an ejection seat. He wanted to tug on the ejector handles, but he couldn’t reach them. ;) 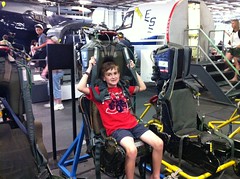 We made our way to the flight deck after that, and that’s where Conner completely lost his brain. There are a LOT of aircraft on display up there, including F-4 Phantoms, F-14 Tomcats, and an F/A-18 Hornet. Conner’s favorite plane right now is the F/A-18 Hornet - no real surprise there since we saw it in action at the Salinas Air Show two years running. 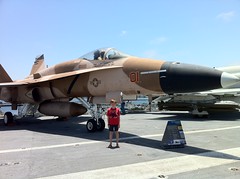 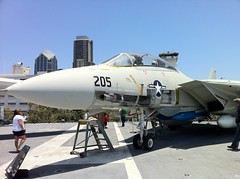 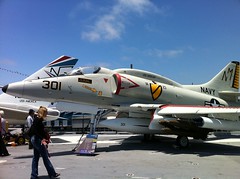 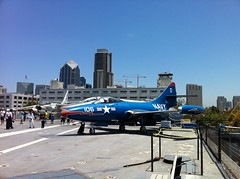 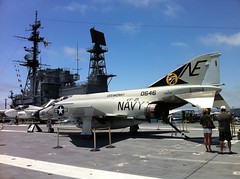 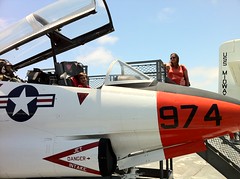 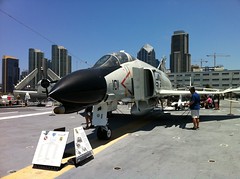 Conner and Gillie got to spend some time in the Combat Information Center on the ship, and they fooled around with a simulated radar display in there… 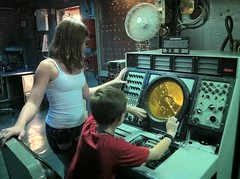 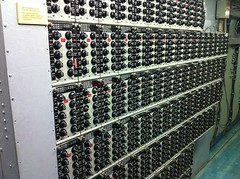 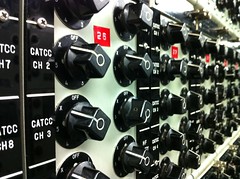 We got a rare treat when we were up on the ship’s bridge. A destroyer was making her way into the harbor, and we got to watch her go by right in front of us, from the incredible vantage point up high on the island. 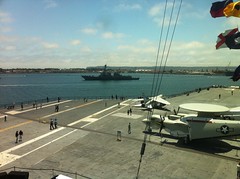 I snuck a picture of a chart of San Diego Harbor, since we’re staying ‘round the other side of the harbor on Shelter Island. It’s neat to see the spatial relationship between the Midway, where we’re at, and where other military areas are at. 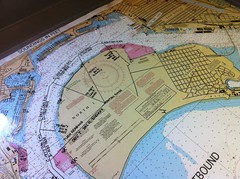 After the Midway, we decided to take a run over the bridge to Coronado Island and check out the Hotel Del Coronado. Gorgeous place, right on one of the best beaches around. It was overcast, but still great weather. 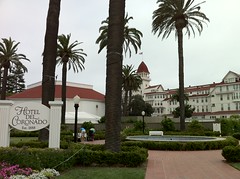 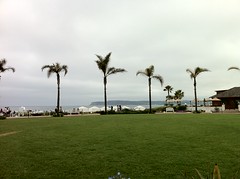 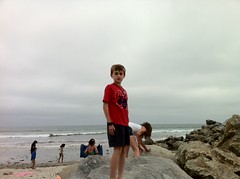 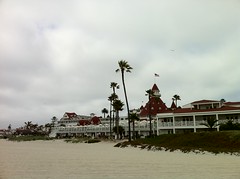 We then made our way back to the hotel, and the kids played in the pool, but I avoided it – too cold for my blood tonight. No videos as a result, but I don’t think y’all will mind.