I pulled the disk out of this guy and slotted it in a PIII Dell, and booted my copy of Damn Small Linux. Once it booted, I selected “Install to hard disk” and within five minutes it was done. Put the drive back in the Portege and booted it up, and up she came.

It runs surprisingly good for a sub-100Mhz CPU and 40MB of RAM. Here’s some pics:
Here’s the unit, closed and off. It’s in great shape for a box that’s twice as old as my daughter. 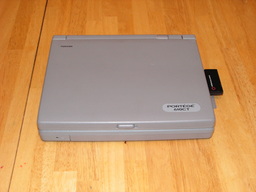 Here it is, ready to be powered on. Note the oldskool Intel lnside logo, and the “Energy Star” certification. That’s gold, my friends. 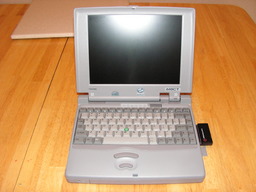 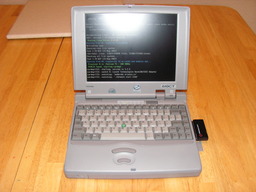 We’ve booted, and are logging in. Elapsed time so far: 1 minute 21 seconds. Not terribly bad. 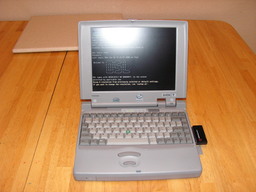 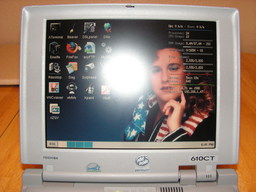 And it runs firefox! No kidding! Check it out: 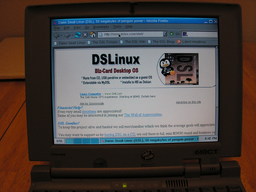 Note that it is a fairly recent version: 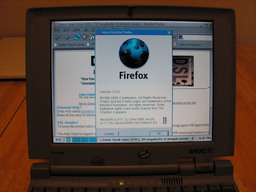 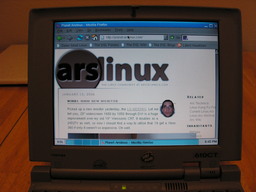 And here it is next to my preciousssssss… the FujiP. This portege is incredibly small for a box that was built in 1995. 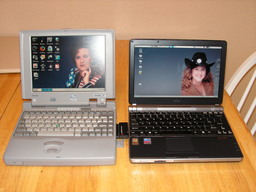 If you haven’t fooled with Damn Small Linux, spend some time with it. The ability to install on a very marginal system such as this and actually have a usable platform (slow, but usable) is a good thing to have in your toolbox. Damn Small Linux also installs on a USB key - that’s something every sysadmin should have ready for use in a pinch.