So I’ve talked a lot of crap about the Cowbell and my “More Cowbell” playlist on Twitter and Facebook lately, and I’ve had a couple questions about it (well, ok, no questions, but this is my blog, so I’m talking about it anyway!) and I figured I’d run through it and comment here and there for y’all. Great idea, right? I mean, everyone can use more cowbell, right? 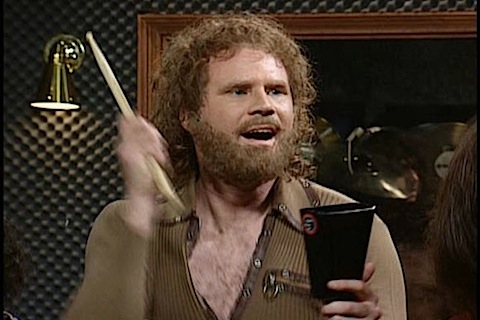 Now that you’re all primed for this, let’s get rolling. We’re gonna rock a bulleted list for this post, cause the bullets kinda remind me of a cowbell if I squint REALLY hard.

Well, that’s my current “More Cowbell” playlist. I’m going to keep adding to this thing, so feel free to put your suggestions in the comments field. If I like yours I’ll add it, too.