Yesterday I took Conner to the California International Air Show. We had a blast, both looking and the static exhibits and enjoying the wild aerobatics and manuevers demonstrated by both military and civilian pilots.

I wound up taking a heck of a lot of photos using my Rebel XSi, and a few videos and photos on my iPhone 4. The main reason I was taking shots with the iPhone was it let me tweet the pictures immediately, so friends could see what was going on. However, this is my first airshow with a digital SLR, and I was looking forward to seeing what kind of pictures a decent lens and nice camera could produce.

I’d been thinking about technique for in-air shots for some time, and I after some deliberation I decided to do the following:

Overall, I’m pleased with the results I got, particularly for a kit lens. I got some really neat shots, and a few of them are probably going to become my wallpaper. Here’s a few, all of them untouched and straight out of the camera. All I did was upload them with my Eye-Fi card, and organize them in Flickr. 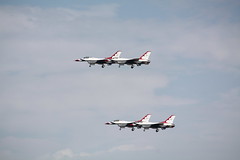 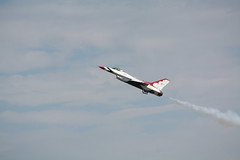 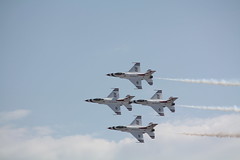 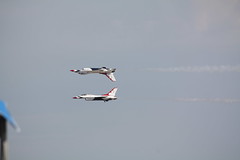 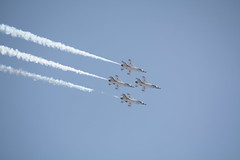 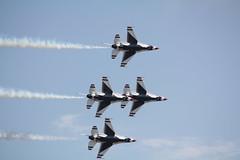 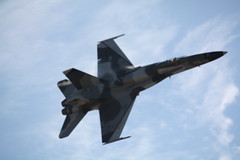 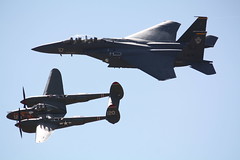 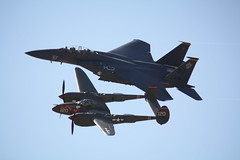 Let me know what you think in the comments. I plan on doing some touching up of some of these photos - in particular the F-15 and P-38 ones should be pretty darn nice when I’m all done, if I ever get around to them. :)